Another day in, and I am feeling great.

Today I got to do a Pokémon Go EX Raid. The EX raid invites come from doing other raids at some gyms. The EX raid is currently Mewtwo. My invite was for a gym at the Great Mall nearby. There was so many people there for it. Must to have been at least 50 people there. It was pretty cool. The Bose store next by even played the Pokémon theme while we were out there haha.

Came home and played some World of Warcraft with friends.

Well, I got out for a walk. Did ok with food. Oddly enough, I only had 1 carb on the whole day. Otherwise, just played some World of Warcraft with friends. 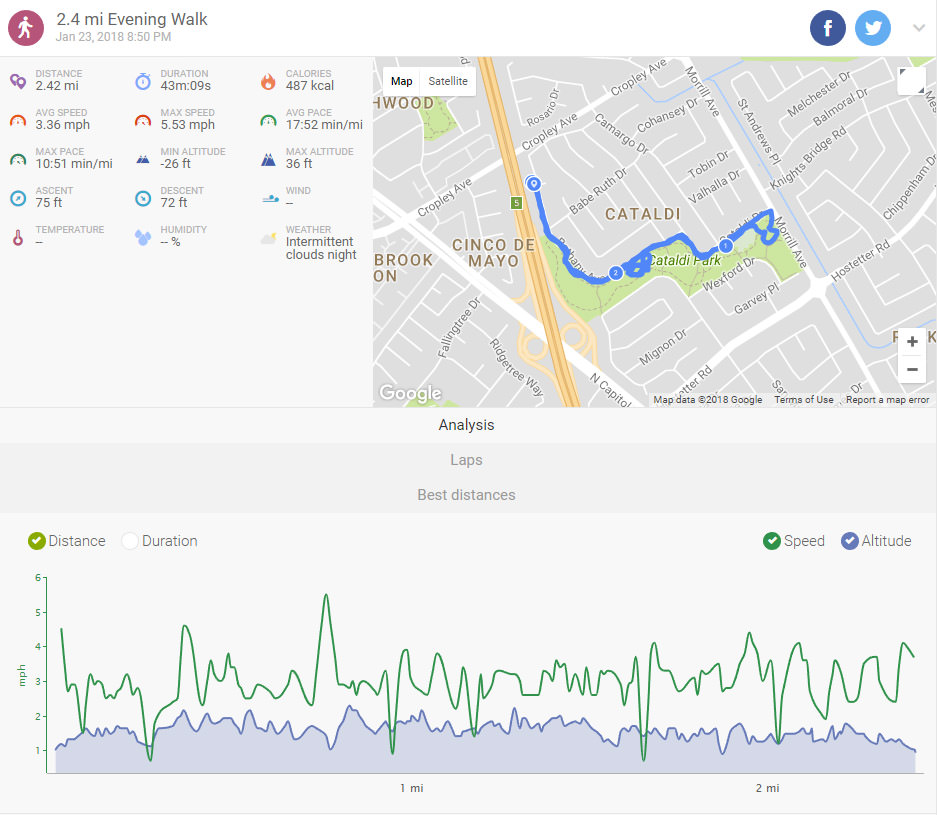 2.42 miles, 43 minutes. Grabbed plenty of Pokéstops out there.

12:32 am to 7:49 am. Sleep felt rough. I had a hard time getting to sleep. Then when I did wake up, it felt like I tossed and turned all night. I did feel a bit tired this morning, but soon it was no problem. Even got out for a walk today as well.

I really need to get some cooking done. Will also have bowling to do.