Well, I am eating late tonight. So I would guess it will effect my weight  in the morning when I check the scale. It’s OK, it just worked out this way today.

We just got back from the San Jose Barracudas hockey game. So too late to walk, and really late to be eating. I am hungry though!

Today, I took my son to bowl in his Saturday league. We ordered him a ball, but the pro shop wasn’t open until he already started bowling. So we showed up early for that. That wasn’t any big problem though. After my son was done, we got him fit for his ball.

I had a bit of a negative interaction with one of the parents there. Their kid was on the other team. I was at the table are to watch my kid. These guys got in, and right away stood in front of where I was sitting. I don’t say anything right away, because I see they are getting their kid setup, and filling out whatever papers and such. No big deal.

When the game started, my son was up. I can’t see through the guy. So I said “excuse me, can you move over?” and stood up to see what my kid was doing. The guy looked at me, then turned around shaking his head. Like wtf? So I comment “well, I want to see my kid too” He comments “Calm down, it’s just a game”. Yeah, no shit. I want to see my kid too. There is places available to sit around me. Hell, they could sit down with there kid (instead of letting them run wild) The situation made me angry. It was mostly because of his dismissive attitude towards me when I asked him to move. Like have some common courtesy. Would it have been better for me to walk and stand directly in front of him?

It was just a situation. I wasn’t yelling, or raising my voice or anything like that. The guy did move over some at least, and I was still going to have a fine day with my kid there too.

We got home, after bowling, just as the delivery people showed up. Bring in the new Casper mattress, and take out our old one.

Then I got news that my Nephew was in a car accident, and broke his leg last night. He was scheduled for surgery today. Which actually turned into tonight.

We had the hockey game, and here I am posting.

Friday was a good day for me mentally. I also got quite a bit done around the house.

MyFitnessPal Food Diary.  1766 Calories, 10 net carbs. For dinner, even had a Togo’s Pastrami “sandwich”. I told them I would toss the bread in the trash, and asked if they could just give me another option. They said they could put it in a bowl. So that’s what I did! 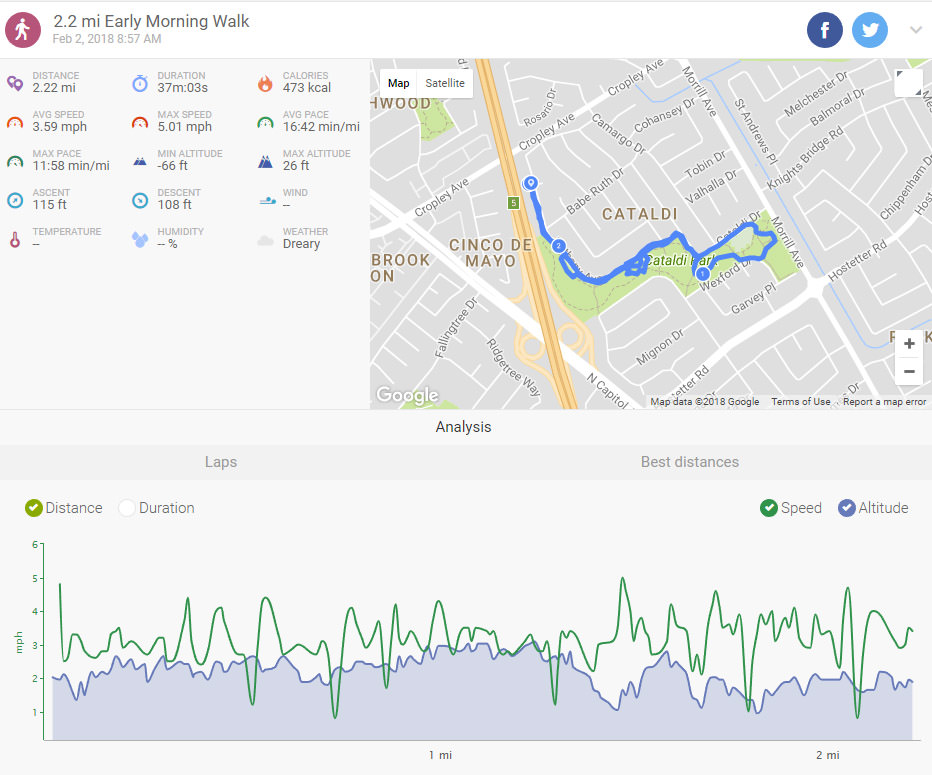 2.2 miles, 37 minutes. A really nice morning walk. the weather has been great lately. I think it was 75 here yesterday.

Usually, I would have my fitbit graph here, but I forgot to wear my watch to bed. I put it on the charger while I read, and completely for got about it. I had a normal sleep. 12:30ish to bed. I set my alarm at 8 am, and woke up sore. Hopefully, the new mattress will help out tonight.

It’s Superbowl. I don’t know if I will be raiding in World of Warcraft though. Either way, I have more chores for tomorrow. Got to have a good weekend.