80 days in already. This feel like they have moving fast paced around here. So much getting ready to leave on our trip.

I have been wanting to start expanding my meals beyond the same thing I normally eat. Though, I have been fine with the same old boring meals so far. Sometimes, just have to spice it up.

Let’s talk pizza. I think almost everyone likes pizza. People have their different styles, but overall pizza is something almost every person eats. I have had it lucky enough to only crave pizza a couple of times while I have been doing Keto.

I have searched a few versions of healthier choices. When I was doing Whole30 back in the day, the choice was cauliflower pizza crust. I tried it back then, and it was pretty decent. Though, it was a little weak, and couldn’t hold much up for toppings. I heard people talk about fathead pizza crust. Finally, I heard about a chicken crust pizza. Honestly, it sounds a little weird to me. I heard people raving about it, so I figured I had to give it a try.

Today was that day.

I watched a video from the folks at KetoConnect.net – No Carb Pizza Crust.

I then made my version. I followed along with the same steps, just a few minor tweaks.

I even made a story and post on Instagram with all the pictures, and a tasting video 🙂 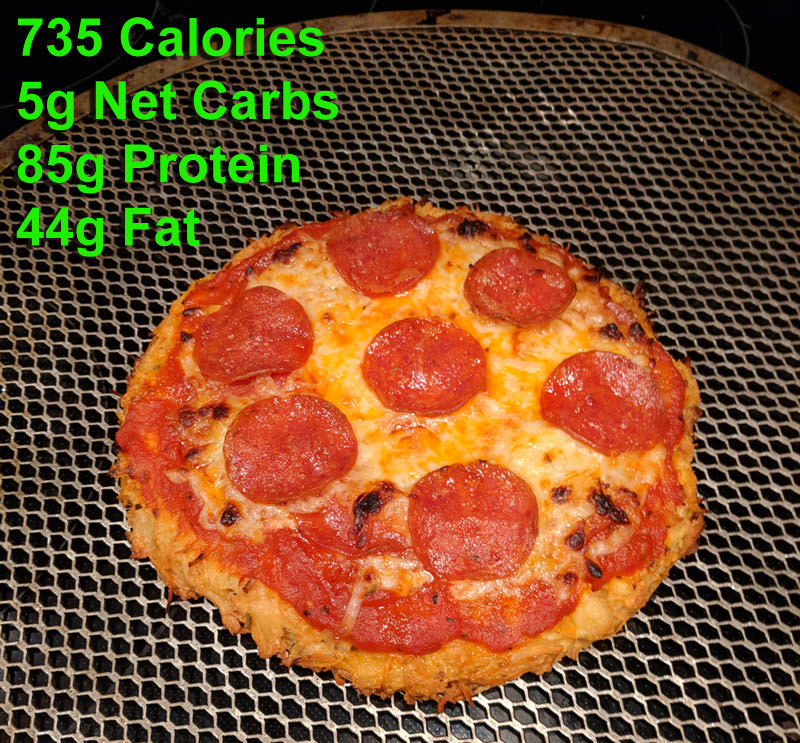 I would so make this again, and will soon. Next time, I might try adding other toppings. Maybe make a combo type pizza. I wasn’t sure what to expect out of the crust. It was able to hold the toppings fine. It was more flexible when it was hot. As it cooled enough for me to eat, it was perfect. It even had a crunch to it.

So, if you are on the fence about making it, give it a try. I prefer this much more then a cauliflower crust.

Just a real quick recap. I have not been getting out for walks. I just have so much going on, it seems to be the thing I let go. Hopefully, I can get going after New York.

After having a bad night, I had a pretty great night last night. 12:09 am to 8:30 am. Had a bit of trouble getting comfortable to get to sleep. Then all seemed fine. Been having some crazy dreams too. Enough to remember them some.

MyFitnessPal – 03/20 – 1398 Calories, 14 net carbs. I found some new salad dressing at Sprouts (like Trader Joe’s, farmers type market)  the other day. I don’t know how, but they have no calories, no carbs, and no sugar. There was a bunch of different versions too. I grabbed a french, and creamy bacon. I’ve only tried the french, and it was pretty good. Not as good as the normal super carb version though. I also found they have Miracle noodles there, so I don’t have to order from Amazon if I don’t want.

Counting down the days…

Friday night is lift off. I have been getting so excited. We added another thing to do on our trip. I’m going to take so many pictures 🙂